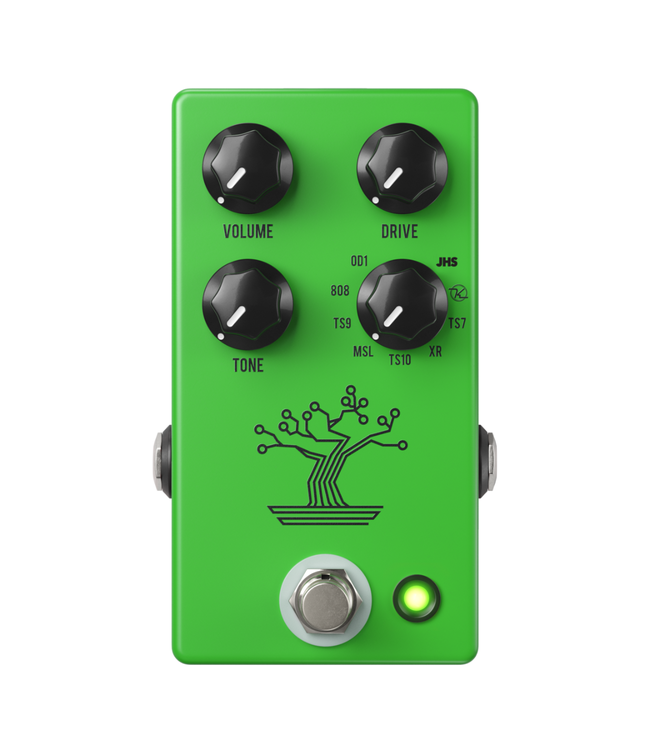 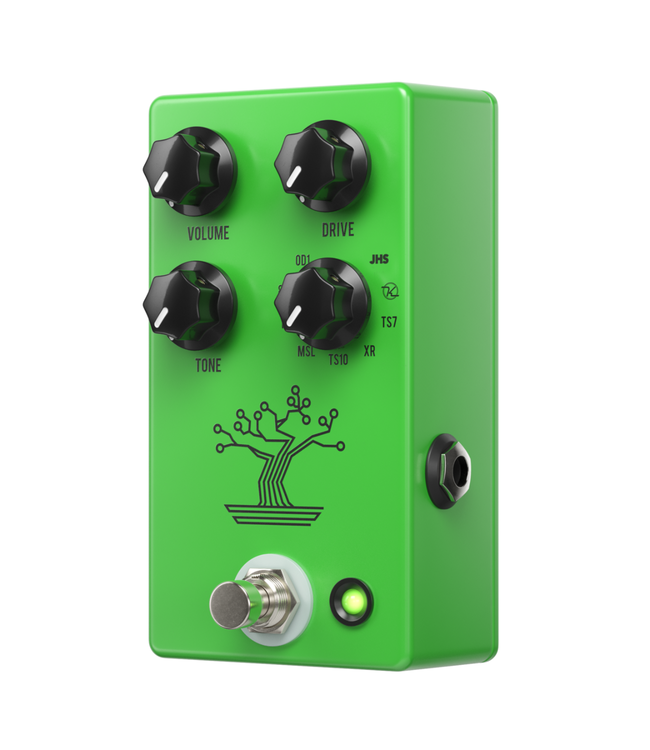 With the JHS Bonsai you can get the classic sounds of nine Tube Screamers in one pedal. Let the Bonsai help you find your overdrive zen. Read more..

In the late 1970's the overdrive pedal was arguably perfected when Japanese engineers designed the sound that we now know as the heart and soul of so many of our favorite artists, recordings and sounds. Players ranging from The Edge, Trey Anastasio, Buddy Guy, Kirk Hammett, John Mayer, SRV, Carlos Santana and thousands more from every possible genre have utilized and depended on this classic iconic green box. If a single effect pedal was chosen to board a Voyager 3 mission and be solely responsible for showing the universe the sound of overdrive, it would undoubtably be Tube Screamer. It is probably the most produced and sold pedal in the history of guitar pedals! The Bonsai is JHS' tribute to one of the greatest pedals ever created.

"Following in the steps of our Muffuletta (released 2015), the Bonsai utilizes a simple rotary knob to switch through nine classic, vintage, rare, or hard to find variations of the Screamer. Creating the Bonsai became an archeological dig of sorts that sent us deep into the history of this circuit by examining dozens of versions, variations and replications. At the end of it all, Josh chose nine of his personal and favourite units and we painstakingly replicated every nuance and aspect of each pedal. One of the most challenging parts of this project was accounting for component drift as many of these pedals were decades old and the internal components had strayed from their original values. Each pedal was individually replicated using our Audio Precision analyzer and various other methods that allowed us to perfectly replicate every aspect of the sound and feel of the unit. It's important to know that the Bonsai is not a "box of mods," it is exact replications of these nine units all housed in one box! The Bonsai is exact replication, not emulation. When you choose a mode on the Bonsai rotary, you are actually activating components specific to each mode and playing the unit that Josh chose along with all the quirks, drift, vintage mojo, and individuality that a vintage pedal has." - JHS 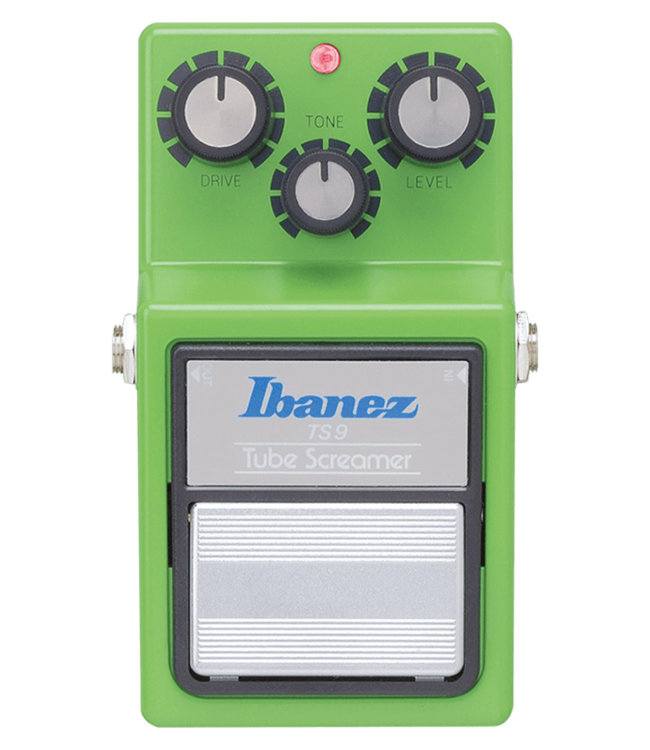 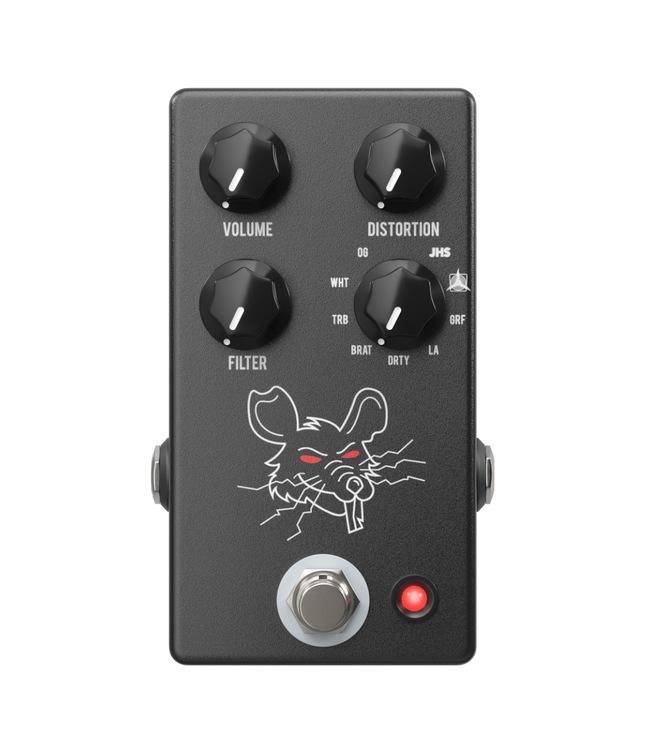 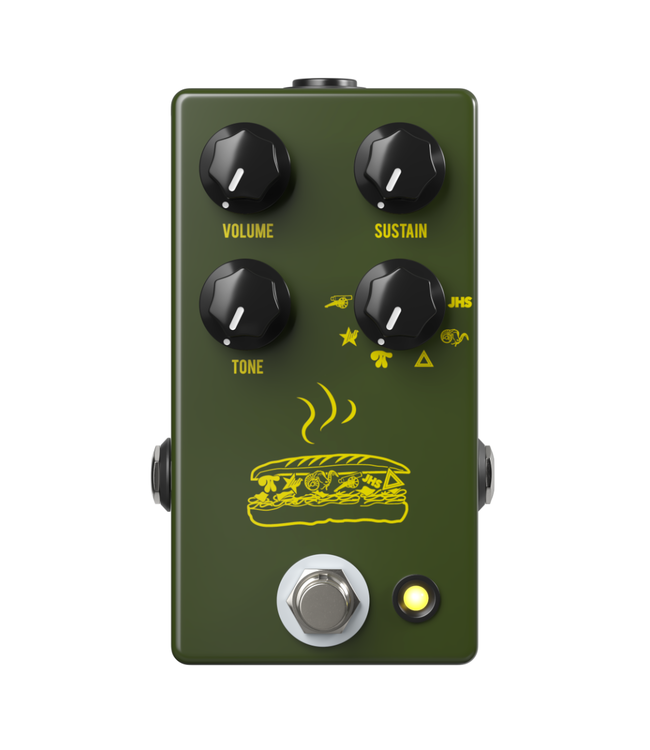 With the JHS Bonsai you can get the classic sounds of nine Tube Screamers in one pedal. Let the Bons..